How to solder THT 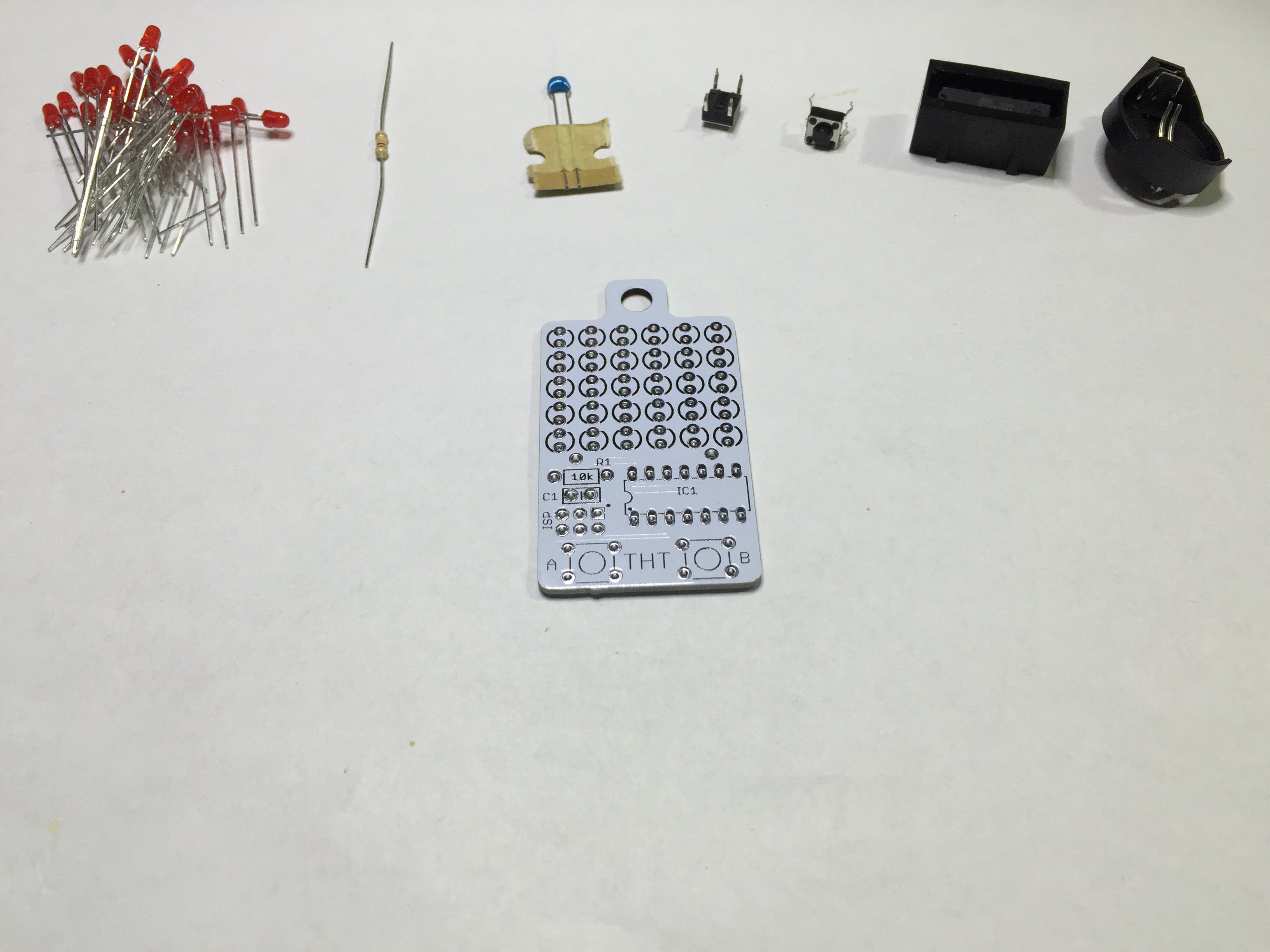 This is the tutorial dedicated to THT, the through-hole KIT KeyChainino’s version.

In this page you learn, step-by-step, how to mount and solder all the components on the PCB to make your THT. 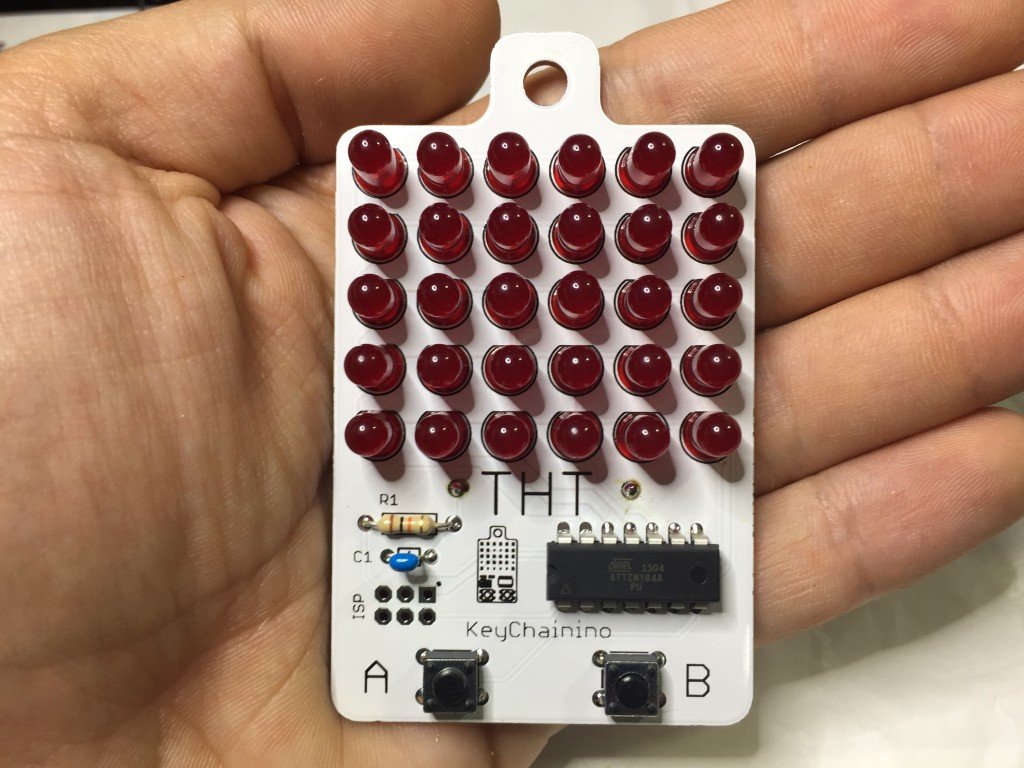 After pulling out the micro from its case, you need to slightly bend its pins in order to fit it in the PCB.

To bend the pins grab both ends and rock the pins against the table. Once all the pins are parallel, locate the U-shaped notch in one end. Make sure that this end goes into the notched-end indicated on the silkscreen and then insert the microcontroller.

After that, flip the board and solder all the microcontroller pins. 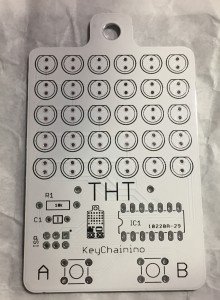 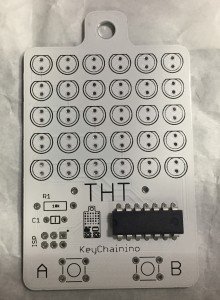 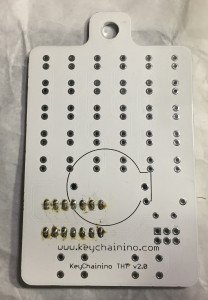 Step 2: Mount the resistor and the capacitor

Next insert the 100nF Capacitor in the C1 holes. This type of capacitor is NOT polarized, so you can put in the way you want. Then bend the Capacitor’s pins.

Flip the board and solder the resistor’s and capacitor’s pins and finally cut them. 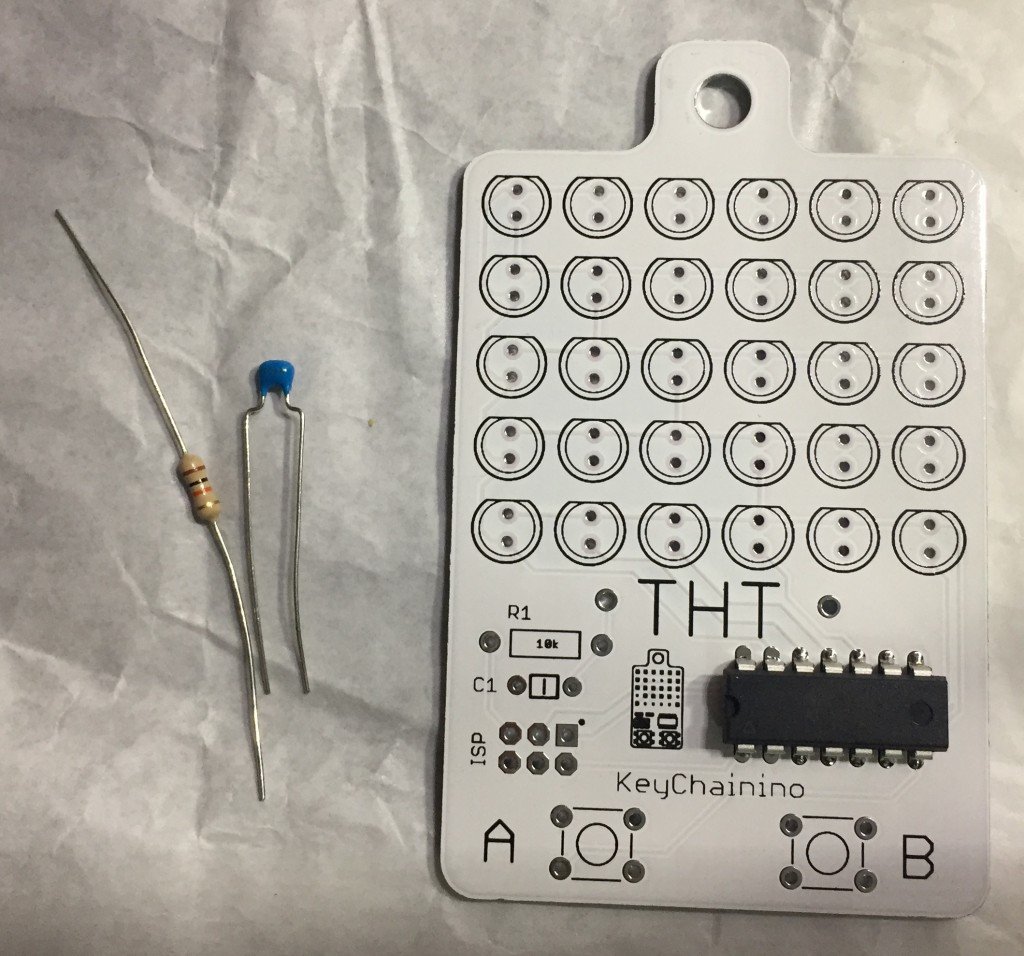 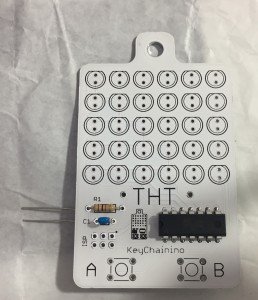 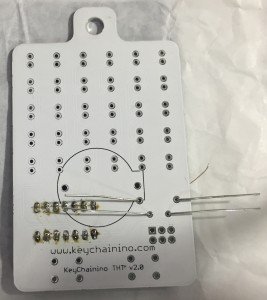 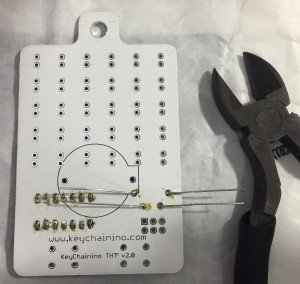 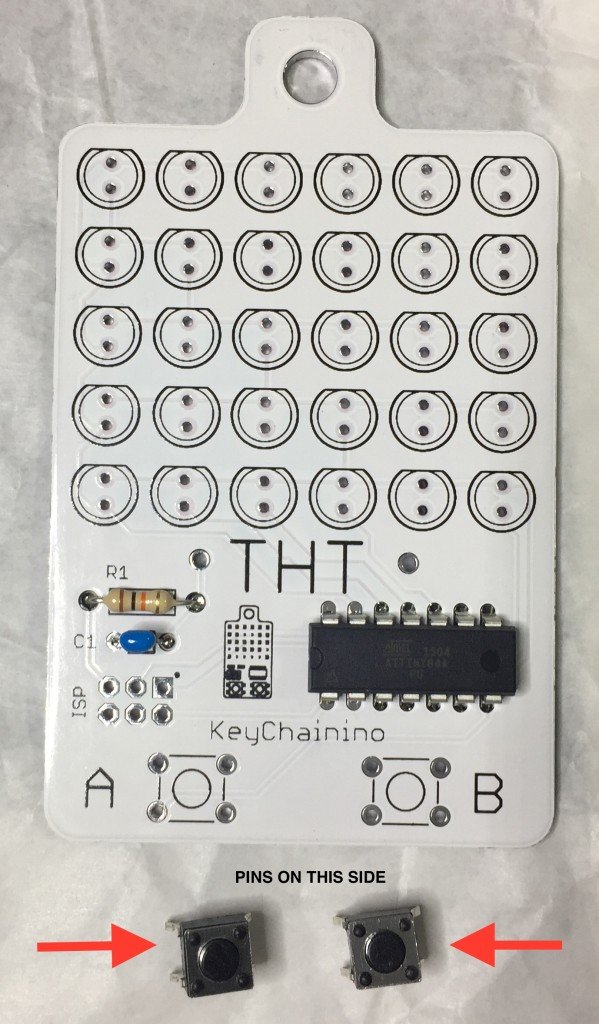 Put the two push buttons in order to have the button’s pins in the left and right side.

After, flip the board, solder the 8 pins and next cut the remaining pins. 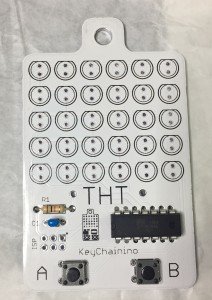 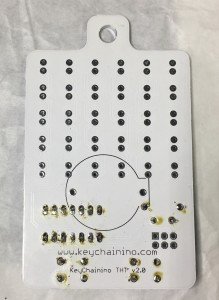 Step 4: Solder the LEDs on the PCB 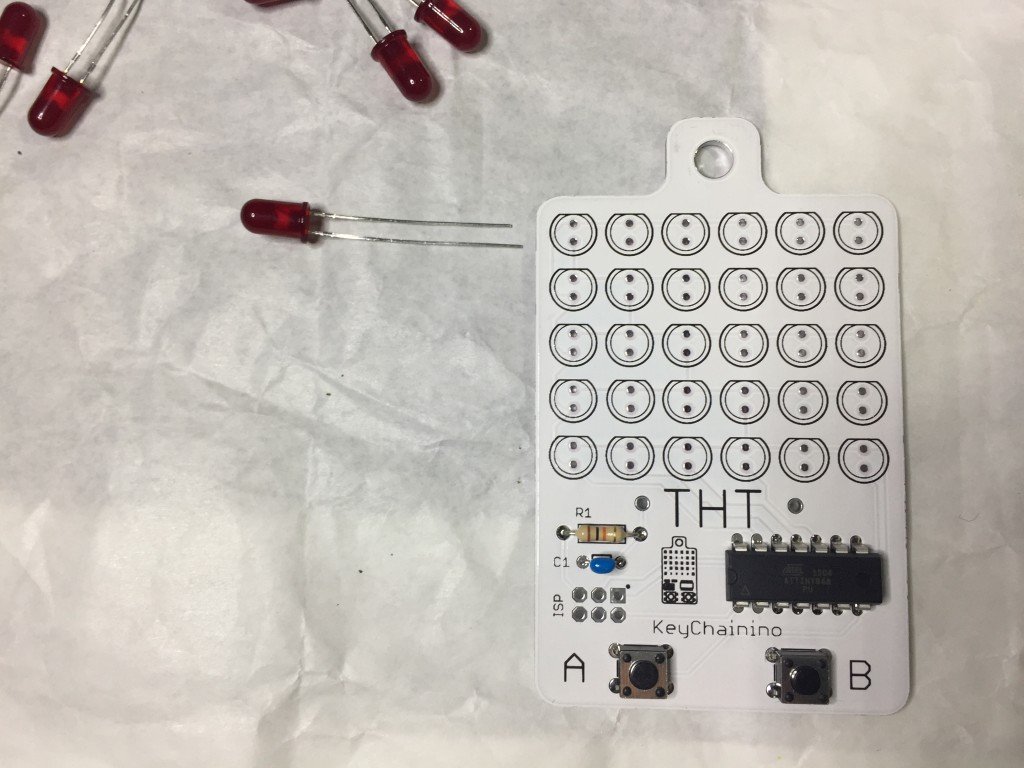 In this step you’ll put all the LEDs in the THT’s PCB.

First you must know that the LED is a polarized components. This means that it must be put in one specific way.

The LED has two pins: Anode and Cathode.

Now you can insert every LEDs in the first top line in the TOP PCB side, which is the side where is located the label THT. 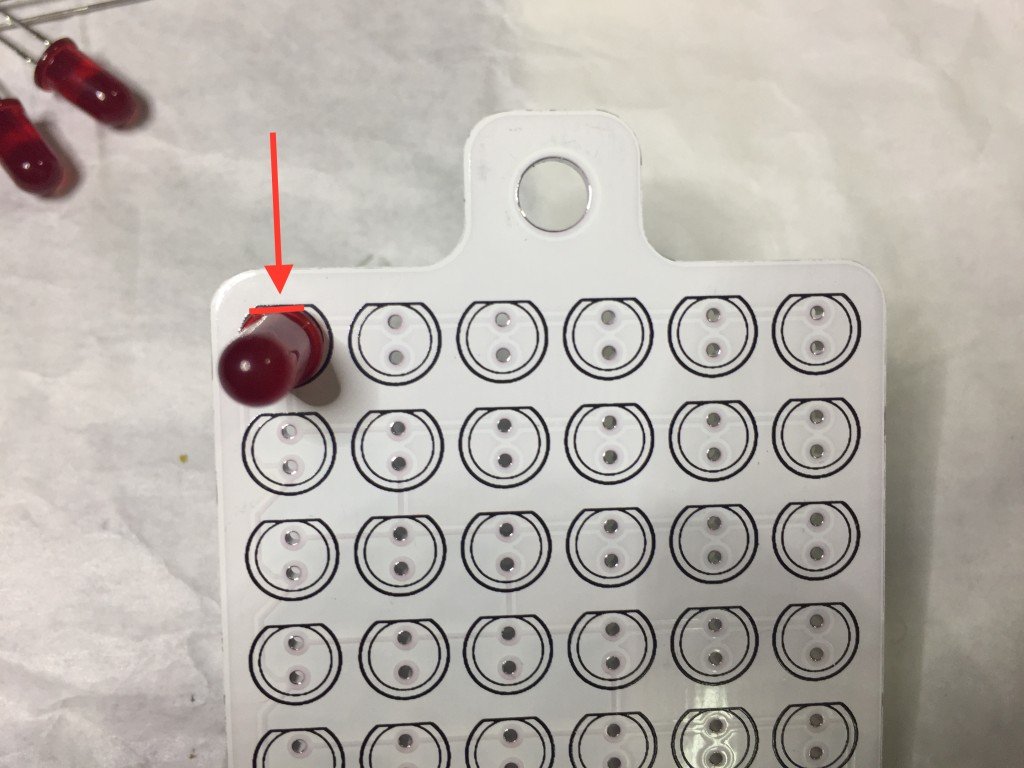 After positioning the LEDs, flip the board and bend the LEDs’ pins as shown in the following picture. 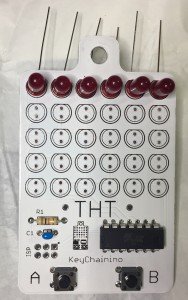 Next solder the LEDs’ pins. 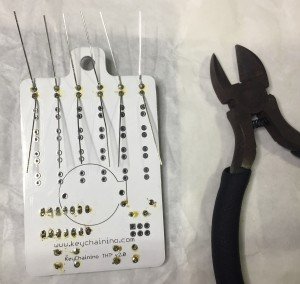 After that, cut the LEDs’ pins. 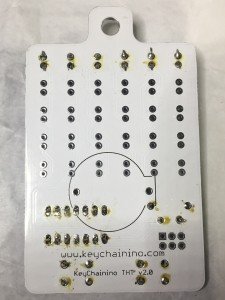 Now you can do the same thing to the other LEDs. Here’s the final result 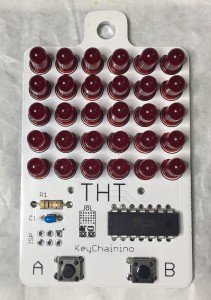 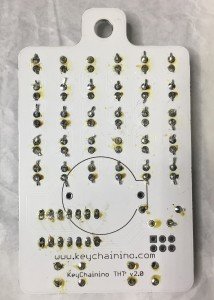 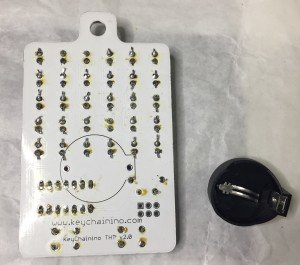 Put the battery holder in the right way following the silkscreen on PCB’s bottom.

After putting the battery holder in the bottom side, flip the board and next you need to solder the two pins near the resistor and the microcontroller, after the last LEDs line.

Be careful on soldering this last two pins because you have to pay attention to not touch, with the soldering iron, the other components. 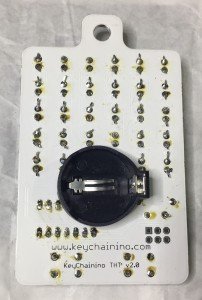 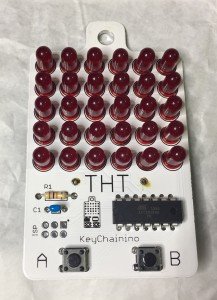 I have updated the board in order to make you easily solder the battery older.

In this new version you have to: